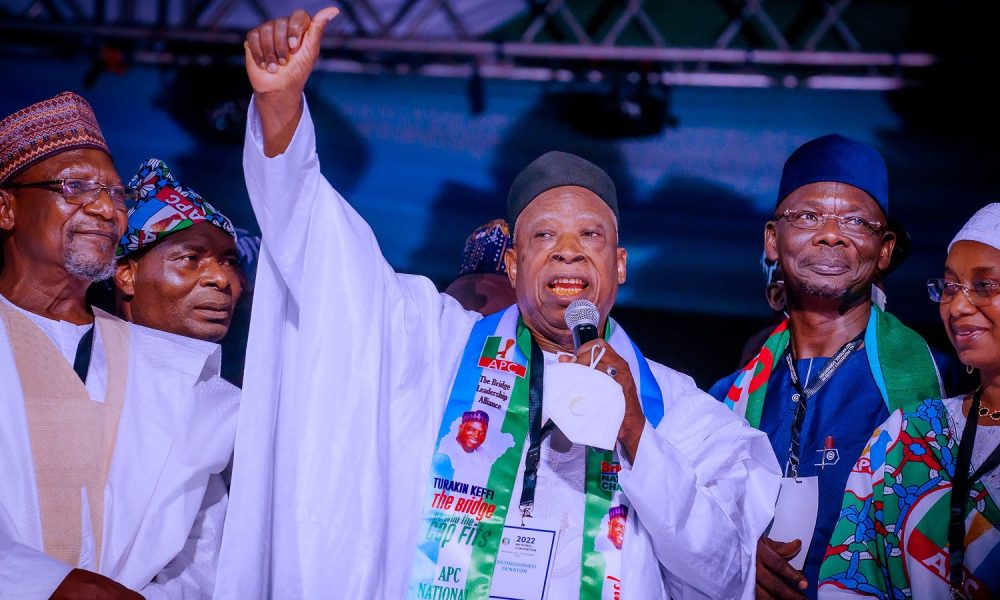 The All Progressives Congress (APC) National Chairman, Abdullahi Adamu has said the ruling party has no reason or excuses not to deliver the President and other positions in next year’s election.

According to Adamu, APC must produce the next president as they have 22 governors out of 26 and they are also the ruling party.

He said the ruling party can only lose if the President Muhammadu Buhari-led government has failed.

The party Chairman said, “It is not over until it is over. We don’t contemplate. We have no option than victory and for victory to come our way we must work hard to earn it.

“We have 22 states out of 36. We have no reasons, whatsoever not to deliver our President, Governor of Kano, all National and state assemblies.”

Naija News reports that APC’s Tinubu is up against former Vice President Atiku Abubakar of the Peoples Democratic Party (PDP), Peter Obi of the Labour Party, Rabiu Musa Kwankwaso of the New Nigeria Peoples Party (NNPP) in the 2023 elections.

Meanwhile, Atiku Abubakar has promised to revive the economy, and put the country on the path of sustainable growth and development if elected president in the 2023 presidential election.

Atiku said this at a mega presidential campaign rally of the PDP, held at the Samuel Ogbemudia Stadium, in Benin City.

Also on the campaign train are Vice Presidential candidate of the PDP and Governor of Delta State, Dr. Ifeanyi Okowa; Governor Godwin Obaseki of Edo, alongside other governors and leaders of the PDP.

The presidential candidate said he is in the race to restore, rescue, rebuild and reset Nigeria and put it on the path to growth and development. 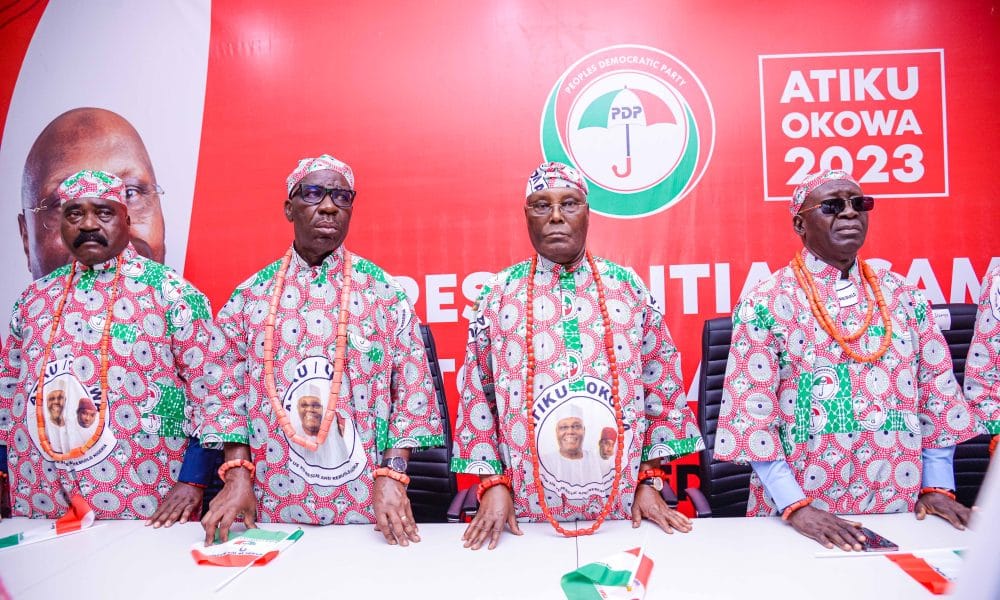 LP, PDP, Others React To Tinubu’s Manifesto
Leave a comment