The presidential candidate of the ruling All Progressives Congress (APC), Bola Ahmed Tinubu, has identified only two candidates as his major contenders in the 2023 presidential race.

Naija News reports that after the deregistration of some political parties months ago, the Independent National Electoral Commission (INEC), announced a total of 18 parties for the February 2023 election, with each fielding a candidate for the presidential seat.

Contents
The presidential candidate of the ruling All Progressives Congress (APC), Bola Ahmed Tinubu, has identified only two candidates as his major contenders in the 2023 presidential race.Tinubu Will Not Make His Stay In Nigeria 50%You Are A Divider

However, Tinubu on Sunday through his Vice Presidential running mate, Kashim Shettima, acknowledged having only two contenders in the presidential race.

Though the ruling party’s candidate did not directly mention the names of the major contenders, his comments were a reference to recent actions and comments by Peoples Democratic Party (PDP) presidential candidate, Atiku Abubakar and his counterpart in the Labour Party, Peter Obi.

Shettima who represented Tinubu at an interactive session with leaders of the Tijanniya Sect in Kano on Sunday, said: “Peter Obi calls Lagos home, not Ekwulobia or Awka because Asiwaju has provided the template that made Lagos the most peaceful.

“Lagos state now has the 5th largest economy in Africa.”

Tinubu Will Not Make His Stay In Nigeria 50%

Shettima said of the PDP candidate that “He (Tinubu) will not divide 50% of his time in Dubai and 50% in Nigeria.”

Naija News understands that Shettima further made allusion to Atiku’s often visits and stay in Dubai, United Arab Emirates, telling the clerics that, unlike the PDP candidate, his principal would be promising total dedication.

Recalling the PDP candidate’s comment at the interactive session with a group of northern political leaders under the Arewa Joint Committee at Arewa House, Kaduna, Tinubu described Atiku as a divider.

Recall that Atiku while responding to a question by the Northern elders on why the northerners should vote for him, replied that, “What the average Northerner needs is somebody who’s from the north and also understands that part of the country and has been able to build bridges across the country.

“This is what the Northerner needs, it doesn’t need a Yoruba or Igbo candidate, I stand before you as a pan-Nigerian of northern origin.”

Naija News reports that Atiku whose political mantra in the current election period has been that he is the unifier, received knocks from Nigerians over his statement at the Kaduna event.

Atiku’s controversial comment was subsequently rejected by even the organizers of the event. The Northern elders publicly disassociated themselves from the comment and Rivers State Governor Nyesom Wike has as well called on Atiku to apologize for the gaffe.

You Are A Divider

In his interaction with the sect leaders today, Shettima said, “Between all of us running (sic), we are three now left. Isn’t it? One just failed the most important part of the examination. Are you a unifier or a divider? He said ‘I am from the North. You are a divider.”

The APC Vice Presidential candidate also claimed that PDP had spent $16billion on electricity in its 16 years rule but failed to address the situation of epileptic power supply.

“I am reminding you that you don’t need a party who has served 16 years and forget that electricity is the only driver of industrialization and wealth of every nation.

“They spent $16bn and we are still paying for estimated metre and billing. No more!

“I promise to give you 100 not 50, even Dubai they are talking about has only 50. So you will have it better from me than in Dubai,” he added. 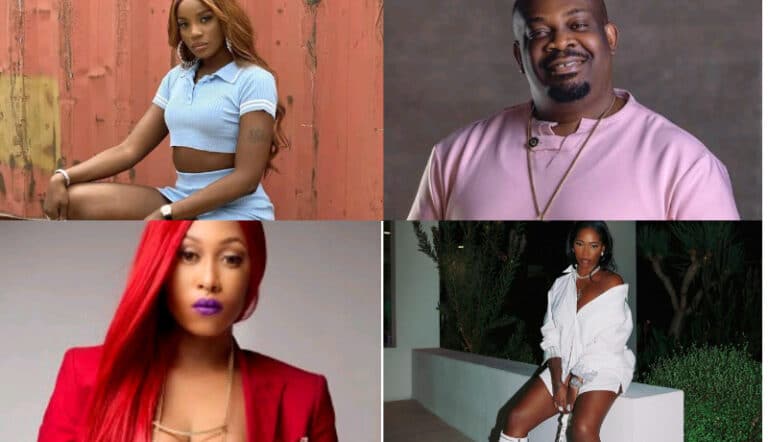 Cynthia Morgan Fires Shots At Don Jazzy, Tiwa Savage, Seyi Shay, Others As Troll Mocks Her For Not Releasing Hit Song In 8 Years
Leave a comment