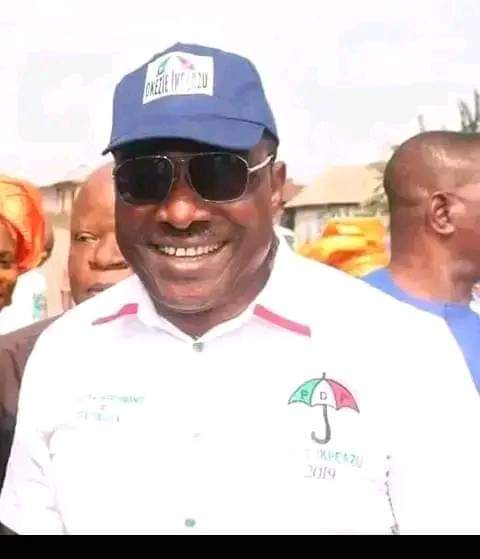 Chief Amobi described the late PDP Chairman as a highly accomplished Son of Isuochi and respected elder statesman who contributed substantially towards the socio-political growth of Isuikwuato/Umunneochi Constituency in particular and Abia State in general. Chief Amobi Ogah also described him as a friend and a great Iroko whose shed was large enough to accommodate everyone around him, irrespective of political party affiliations and social background.

The Labour Party candidate prayed that God Almighty will grant him eternal rest and grant his immediate family, relatives, associates and all Abians the fortitude to bear the irreparable loss.

PROF. AZUBUIKE ONYEBUCHI AS THE RALLYING POINT IN ABIA STATE
Next Article