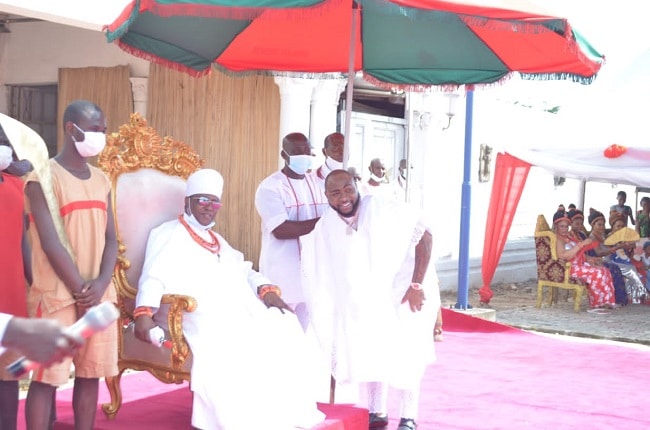 The reigning Benin monarch, Oba Ewuare II has said that ancestral forces protected Davido while he campaigned in the Osun state gubernatorial election.

Davido, his fiancee, Chioma, his friends, Cubana Chief Priest, Zlatan Ibile, and other 30BG crew had stormed the palace of the Oba yesterday.

The monarch had received his guests during a Children’s party organized as part of the activities to celebrate his birthday and sixth-year anniversary on the throne of his forebears.

The monarch, who welcomed the singer warmly, said that the spiritual forces from the ancient City of Benin are sustaining him.

He said, “Davido, a great musician, a great singer; you’re welcome…Congratulations on your Uncle. I saw you when you stood on top of a bus during the campaign. You didn’t fall. That was a spiritual force from Benin.”

The traditional ruler also played host to the President of Neo Black Movement of Africa, Olorogun Ese Kukor who came to felicitate with Oba Ewuare on the recent national recognition of Commander of Order the Federal Republic, CFR, conferred on the Oba of Benin by President Muhammadu Buhari, adding that the award was long overdue.

According to Olorogun, “NBM of Africa whose aim and objective is to promote, preserve African Culture and Art globally by striving to revive, retain and modify where necessary that aspect of African Culture that would aid humanity irrespective of race”. 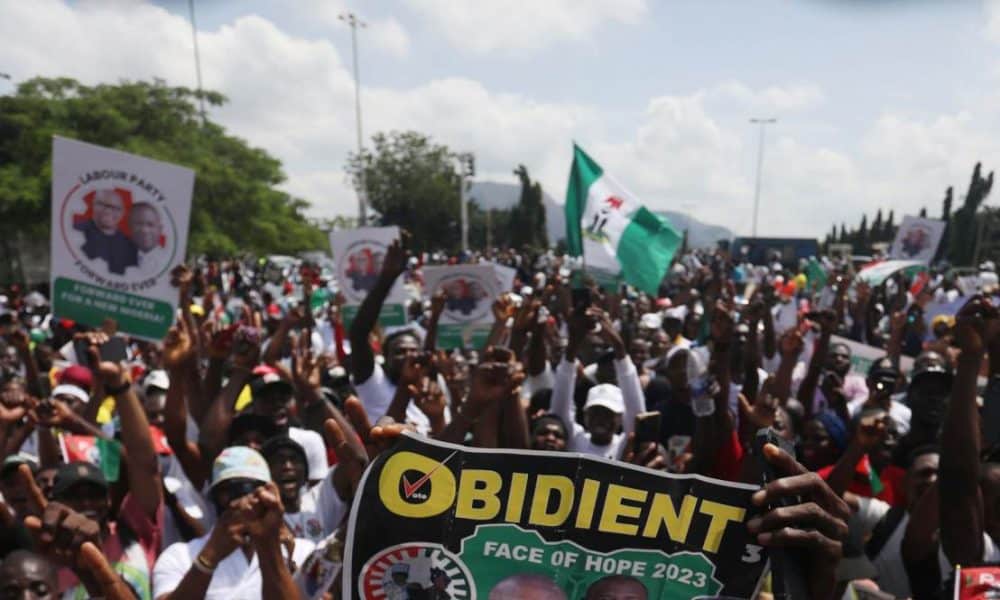