Nigerian skit maker, Kingsley, was reportedly robbed at gunpoint in the wee hours of Saturday.

The comedian was in the company of his family at his residence in Lagos State, when unknown gunmen broke into his home through the kitchen and carted away valuables.

Contents
Nigerian skit maker, Kingsley, was reportedly robbed at gunpoint in the wee hours of Saturday.Pastor Slums, Dies In Kogi

The skitmaker made the disclosure via his Instagram page on Saturday morning.

He said: “I was robbed this morning after some heavily armed men broke into my house, through my kitchen.

“I and my family were held at gunpoint while the operation last for more than an hour.

“Nobody was hurt. Valuables were taken, including the cash I wanted to use to bury my grandmother,  which i was to send to my mother.

“My costumes for my skits were also taken, all of them.”

“They collected my wife’s phone. Even the phone of my younger sister was collected

“A report has been made at the police station and they have started their investigations,” Kingsley added.

Meanwhile, the pastor in charge of Living Faith in Lokoja, Pastor Fred Attabo on Friday died at age 68.

The associate pastor of the church, Edwin Okolo while confirming Attabo’s death described it as “very shocking.”

Okolo, however, did not disclose much detail about the death of Pastor Attabo but promised to release a statement.

Naija News learnt that Attabo slumped and died in his office shortly after a morning prayer programme held at the church at Lokogoma, in the Lokoja metropolis of Kogi.

A parishioner who spoke on the incident said, “Our senior pastor slumped in his office shortly after Friday’s Covenant Hour of Prayer this morning.

“When it happened, we took him to the Specialist Hospital, Lokoja, for medical attention.

“We accepted his death in good faith and have taken his body to the mortuary at Specialist Hospital, Lokoja.” 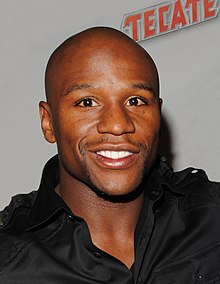 American boxer, Mayweather says “trust” made him single at 45
Next Article