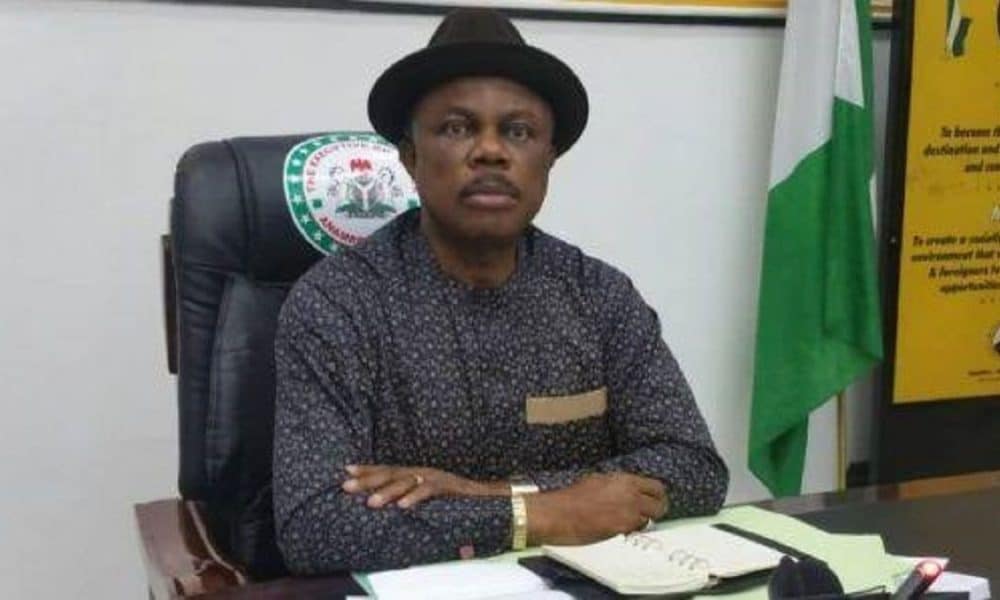 Erstwhile Governor of Anambra state, Willie Obiano has denied raising any issue on campaign funding for his wife, Ebelechukwu Obiano.

Naija News reports that the former first lady of Anambra state is seeking the Anambra North Senatorial seat, under the All Progressive Grand Alliance (APGA).

Obiano, in a statement by his Chief Publicist, Tony Nezianya praised his successor Charles Soludo for his style and performance in government.

Speaking further, he berated those who were peddling news over his misgivings about Soludo and his wife’s campaign funds as mischief makers.

He opined that he had the utmost confidence that Soludo would live up to the high expectations of the people of the State, maintaining that he expected him to put in his best performance.

The statement reads, “I have not at any fora expressed misgivings about him. I never said to anyone or a group that I am disappointed in him.

‘’I never granted an interview over such a matter. The author of such a verse is on a mischievous venture with an aim at causing disharmony: he does not have my authorisation.

‘’I state unequivocally that whoever did that is a mischief maker. I never said anything like that. I did not at any point discuss my wife’s funding with you.

‘’That clearly shows the comment is false as the handiwork of a fake news vendor. I have confidence that Gov. Soludo will live up to the high expectations of Ndi Anambra.”

2023: Jandor Is An Apprentice Politician, Sanwo-Olu Will Remain Lagos Governor
Next Article