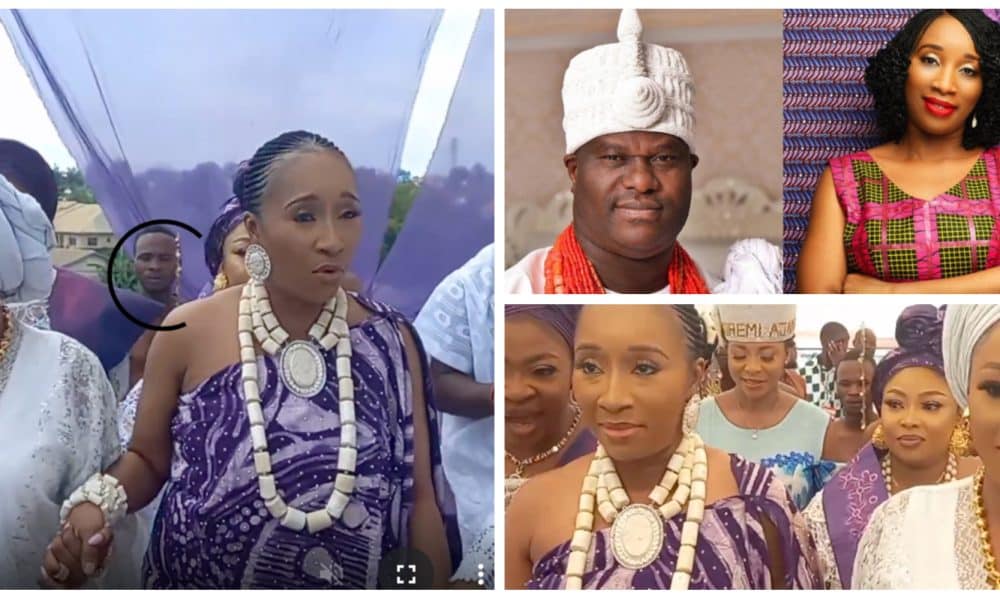 Sociam media is currently agog with photos and videos of Ronke Ademiluyi, the fifth wife of the Ooni of Ife, Oba Adeyeye Enitan Ogunwusi.

Naija News earlier reported that the traditional marriage ceremony is currently being held at Ile-Ife, Osun State, among friends and family members.

Contents
Sociam media is currently agog with photos and videos of Ronke Ademiluyi, the fifth wife of the Ooni of Ife, Oba Adeyeye Enitan Ogunwusi.Scores Kidnapped As Bandits Attack Commuters

Photos and videos from the event which emerged online showed the new bride beaming with smiles.

In this article, Naija News highlights six things you should know about the new queen.

1.  Ronke Ademiluyi was born to a royal family in Ile-Ife, Osun State.

2. She is the great-granddaughter of the late Ooni Ajagun Ademiluyi.

3. She spent her formative years in Nigeria before relocating to the UK.

4. Ronke studied law at the Thames Valley University in London.

5. The new wife of the Ooni is the founder of Africa Fashion Week London now UK’S largest annual fashion event that promotes and nurtures African and African-inspired design talent.

6. In June 2017, the Ooni of Ife, appointed Princess Ronke as the Heritage Ambassador for Queen Moremi Legacy as part of his efforts to add value to the Yoruba culture.

Meanwhile, unknown gunmen suspected to be bandits reportedly abducted scores of commuters on Thursday along the Kaduna-Zaria road.

Naija News reports that the incident was confirmed in a statement made available to newsmen today by Director of Army Public Relations, Brigadier-General Onyema Nwachukwu.

In his report, the army general noted that the assailants ambushed the commuters today around the foundation general area within Birnin Yero Ward and whisked away an unverified number of people.

“They opened fire on commuters, during which they abducted and fled with an unconfirmed number of commuters,” Nwachukwu was quoted as saying in the statement. CUPP Slams PDP Over Plan To Sanction Wike
Next Article