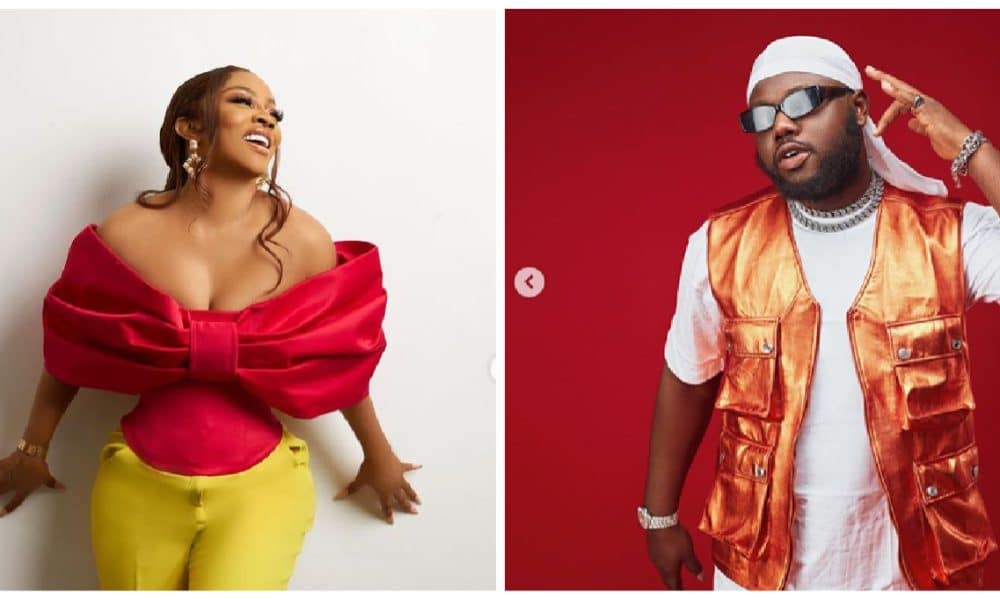 Nigerian singer, Frankie Jay on Monday, October 25 pushed harder his desire to get the attention of popular media personality, Toke Makinwa after he shared a video clip displaying a gift box filled with money to give the on-air personality.

Naija News understands that the singer has previously professed his love for Makinwa but never received a response from his celebrity crush.

In another attempt on Tuesday morning, Frankie shared a video clip showing moment he visited the Makinwa’s residence with a box of foreign currencies telling the celebrity crush that he is back in Nigeria and seriously in love with her.

Frankie reiterated that he is ready to spoil Makinwa with wealth and love if she agrees to be his lover. He further asked the TV Host to call him whenever she is ready for him.

See the video clip below:

Months ago, Toke Makinwa recalled how she mocked her aunties for being unmarried in their 30s. Naija News reports that the young entrepreneur said this in her latest episode of Tokemoments.

Makinwa revealed that when she was a child, some of her aunties lived with her family. She recounted how she often questioned why they were single and not in their husbands’ houses at that age.

The lifestyle vlogger said that she believed her aunties were promiscuous and that was why they were unmarried at 30 and living with them.

Speaking further, Toke stated that she now feels like she has become those aunties because she is 37 and still unmarried.

She wondered if her nephews and nieces look at her and think the same way she thought as a child.

The TV host went on to state that qualities and standards that were once valued In men such as being God-fearing, tall, and attractive have all been compromised by this present generation.

The couple got married in 2014 and dissolved their marriage in 2016. Makinwa, however, cited infidelity as the reason for filing for divorce. 2023: Tinubu Will Run A Women-Friendly Government, Fight Against Abuse Of Women If Elected
Leave a comment