A former spokesman of the Peoples Democratic Party (PDP), Kola Ologbondiyan, has said the party’s presidential candidate, Atiku Abubakar, will uphold the rule of law.

Speaking in an interview with The PUNCH, Ologbondiyan said Atiku would not go against the rule of law and not disobey court orders if elected as the President in the 2023 general elections.

Ologbondiyan, who is the spokesperson for the PDP Presidential Campaign Organisation, said the political trajectory of the former Vice President had a lot to do with obedience to court orders.

He said: “Atiku Abubakar is a symbol of the rule of law. He fought all his battles through the courts. When a man of his stature explored the law courts on all issues that concerned him, you can be sure that when he is sworn in on May 29, 2023, as the President of the Federal Republic of Nigeria, he will stand on the side of the law.

“Atiku will also work with the National Assembly and the judiciary to improve on our jurisprudence.”

Meanwhile, the Minister of State for Labour, Employment, and Productivity, Festus Keyamo (SAN), has said the presidential candidate of the All Progressives Congress (APC), Bola Ahmed Tinubu, will not abuse the rule of law.

Speaking in an interview with The PUNCH, Keyamo said Tinubu would not abuse court judgments, having been a victim of military brutality in his struggle for Democracy.

The lawyer, who is the Chief Spokesperson of the APC Presidential Campaign Council (PCC), said the former Lagos State governor has chronicled his proposed reform for the Nigerian judiciary in his 80-page manifesto.

Tinubu Will Win 2023 Presidential Election, But There Will Be Protests Across Nigeria
Next Article 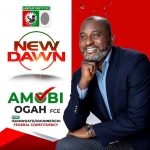