The former Governor of Lagos State urged Nigerians not to have any regret about the  Buhari government, saying that the President has performed incredibly well in the last seven years.

Tinubu stated this in Kano on Saturday while commissioning an APC Presidential/State Campaign office in the state, Naija News reports.

He advised the citizens not be deceived by critics and the opposition parties saying that the APC-led government has failed Nigerians in the last seven years in power.

Tinubu also promised to change the reward system once he become the President in 2023, while urging party members not regret ever working for the APC.

He said: “Don’t have any regret at all. Don’t allow those who doesn’t know the way to victory, doesn’t understand the success of a nation lie to you about Buhari or anybody. Don’t let them. Throw it back at them. Take your broom firmly and sweep Nigeria clean.

“This party will receive victory, this country will experience progress, this office will be filled with joy come February 2023.

“Those whom I think have not been adequately rewarded, I beg your pardon forget it. The time of God Almighty is the best time. God will answer your prayers and give you the ultimate and good rewards.

”As I stand before you, I promise that I will change the reward system once I become the President Insha Allah. You will not regret ever working for our party.”

He added: “It is a joy for me to be back home in Kano. We are not conducting any rally, we are only inspecting and talking to business groups. I will come back prepared to do a big rally.” 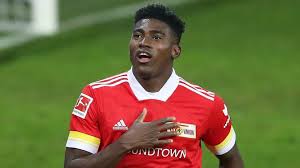 EPL: My goal against Liverpool will remain indelible in my heart – Awoniyi
Next Article PDP’s Jandor Promises to Make Badagry An Investment Destination If Elected, Says God Has Chosen Him
Leave a comment